A Valentine tribute to a couple’s devotion

A day is just not a day unless you see Lois and Vernon Sprague walking in Starboard. To see them walk the road together is like grabbing that first cup of coffee in the morning. The man is tall, broad-shouldered, always with his walking stick; the woman is petite, her arms in motion like a runner and always smiling. 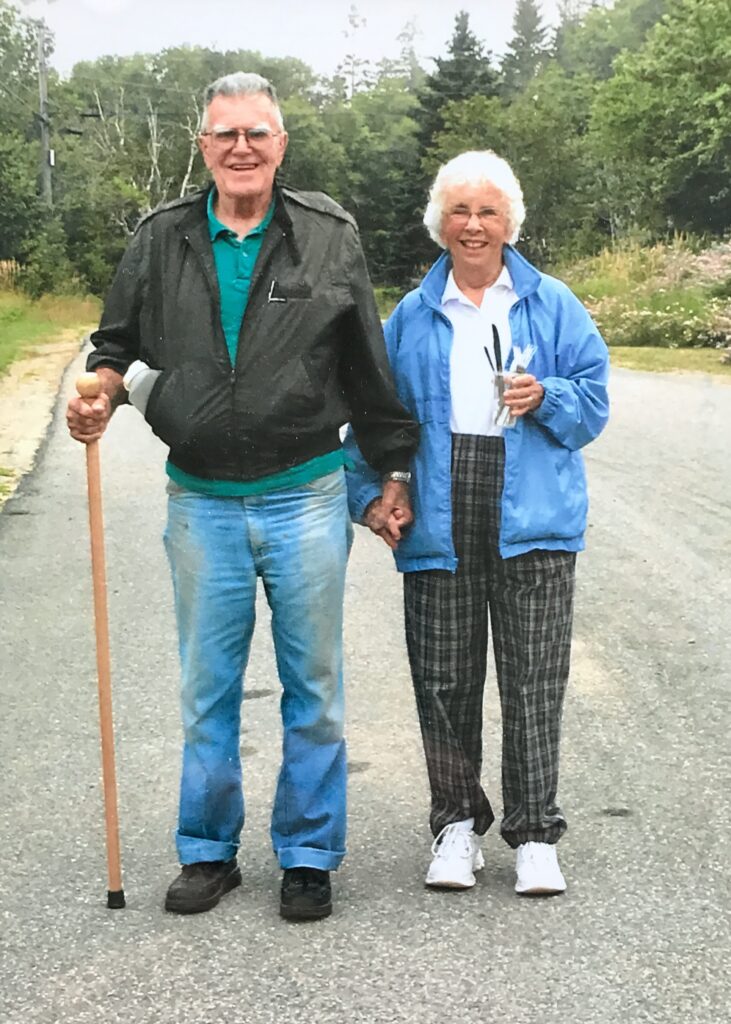 Celebrating their 68th wedding anniversary and now living in Ellsworth to be closer to family, the two still make occasional visits back to the place they love. As time softens life’s edges, it’s nice to look upon a life of two who live life so well and so very full.

The first time they meet they are teenagers in Starboard. Lois Ingalls is visiting her family on Ingalls Island when Vernon and a cousin arrive by rowboat. She quips, “What are you doing on my island?” He, ever-quick, responds, “Well, just show me where the two-fifths of the island my grandmother owns are and I’ll go stand over there.” This simple exchange reveals the essence of their relationship. 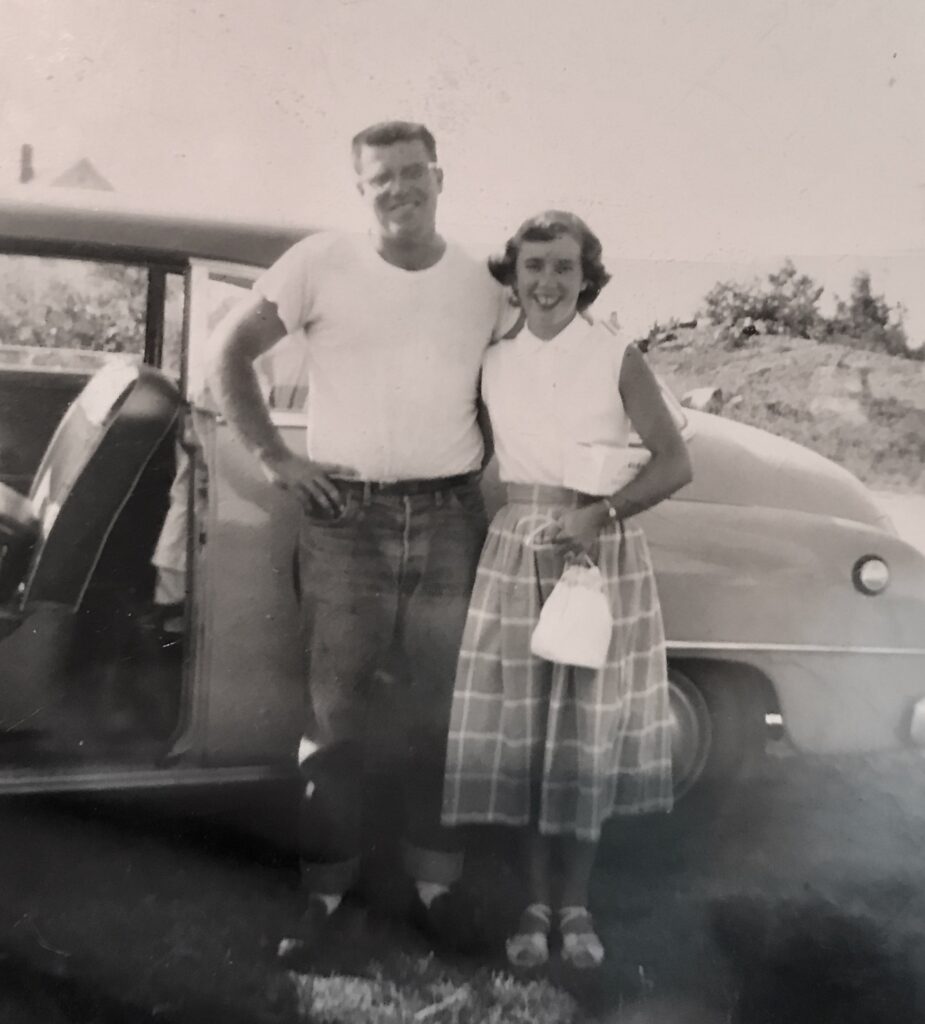 In high school he plays basketball for Machias, while she cheerleads for cross-town rival Washington Academy. A budding relationship begins, even though they are rivals and graduate two years apart. He drives truck delivering soda and ice cream, and she is a telephone operator in Machias. The two are now a couple, as a relationship blossoms and eventually blesses them both.

In 1952, the U.S. Air Force beckons, and he trains at bases in Texas and New Jersey working the flight lines, refueling fighter jets. A couple of years later, he deploys to Korea as a member of the 4th Fighter-Interceptor Wing. Upon receiving his orders he turns to her and says, “You are going to marry me, aren’t you?” They do marry and honeymoon at Bog Lake, where a covered chimney surprises them both with smoke, soon accompanied by a rescue party of friends. 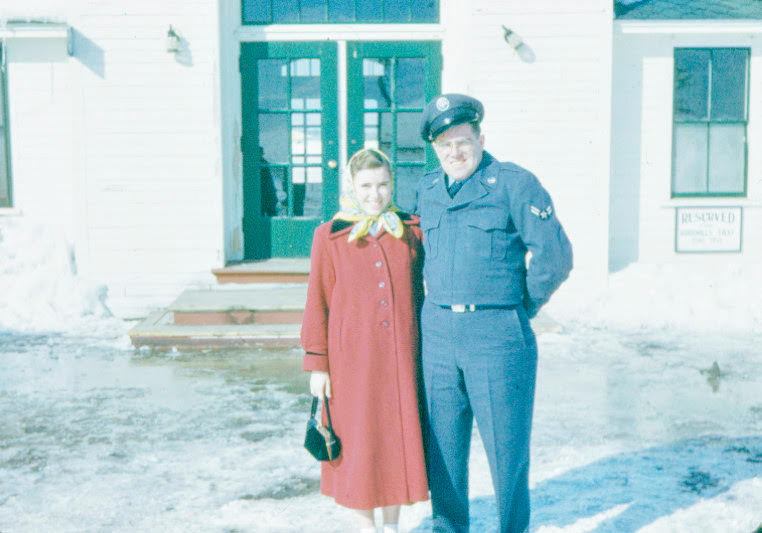 Once he ships out he asks her to live with his family. Upon his return just a year later, they move to an apartment in Auburn N.Y. There he finishes his military service. Realizing the constraints of an apartment— evidently Lois likes to play music really loud— they purchase a trailer. Later, using his discharge pay they have it moved to his parents’ home in Machias where she can play “Side by Side” sung by Kay Starr as loud as she wants. 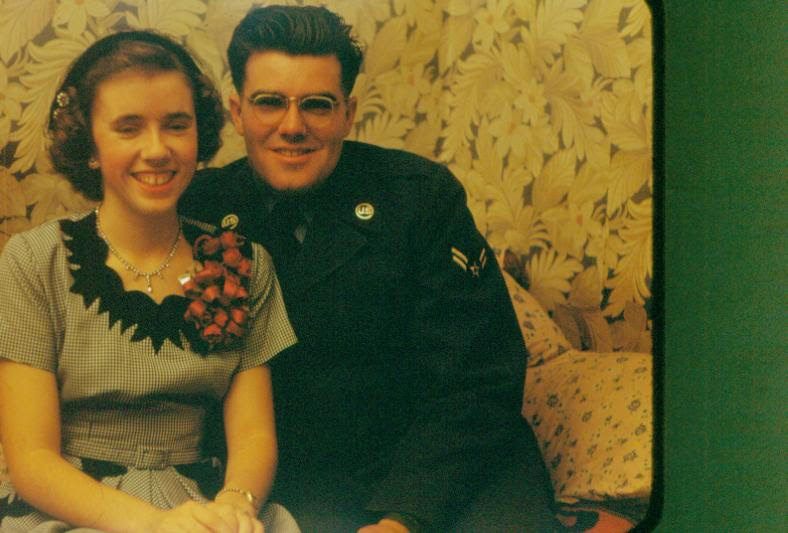 Vernon eventually takes a job with D.W. Small & Sons transporting heating oil and gasoline from Bangor to Machias. This is when a step in life becomes a great stride for a family of two. They purchase their first home close to work, and a daughter arrives in 1955, followed by three sons.

Teaching himself accounting he moves up in the company, and Lois is now an office assistant. On weekends they teach Sunday school classes, help in the nursery and operate a Christian bookstore out of their home. In 1986, Irving Oil purchases D.W. Small & Sons, and he finds himself working for a new company alongside his daughter.

In 1990, they return to Starboard, where they build a home on property once owned by his grandparents. It is here they make many friends and become active in a community club whose office is a one-room schoolhouse. It is here they begin their daily walks and contribute to the essence of this place affectionately called “The Cove.” 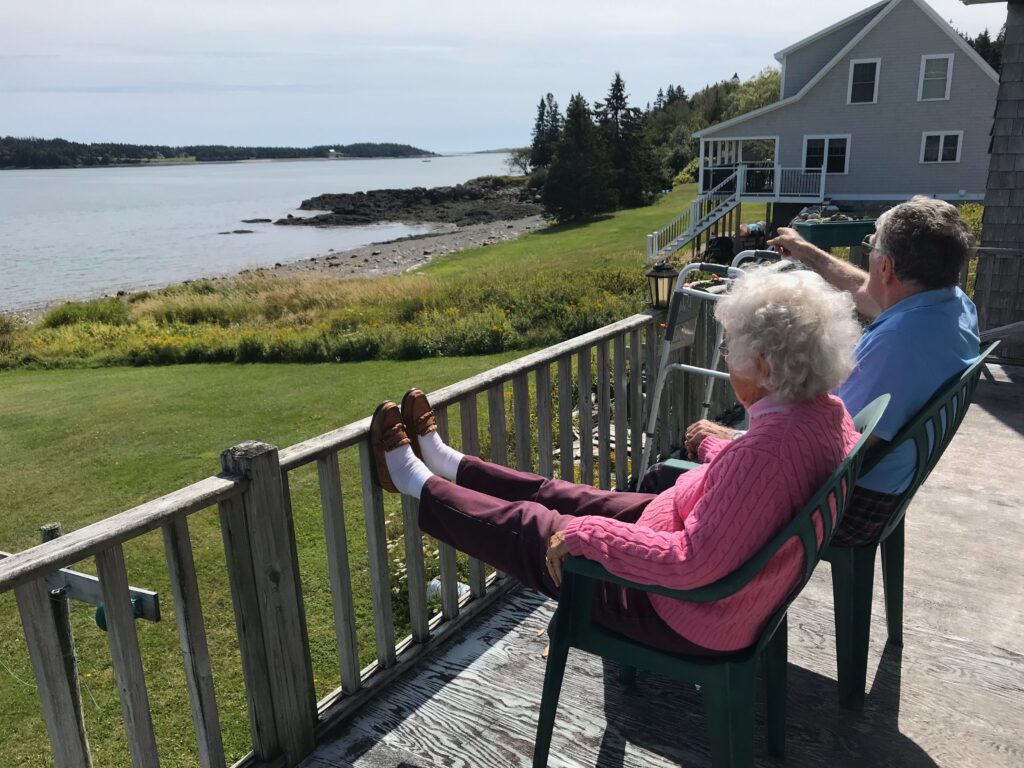 In these twilight years, he sits and reflects while working with puzzle pieces, harkening back to those long ago days of woodworking, buried treasure, fishing and accounting computations; she, engrossed in genealogical research, continues tracing their family lines back to the very beginning, while their ever-expanding family grows and moves forward with eight grandchildren and six great grandchildren.

Anyone meeting Lois and Vernon Sprague for the first time would have the same experience. You would knock on the door looking for someone to tell you about this place called Starboard. She would answer, smile and invite you in to talk. Later, you leave feeling like their neighbor and friend.

And perhaps while there, he would say to you, “You know, I was the smartest boy in my 8th grade class.” He would then show you a large class photo and smile; he is the only boy in the picture. It is then, perhaps, you think Lois and Vernon Sprague are a testament to longevity and what love can be when given respect and devotion with healthy doses of friendly talk and humor sprinkled in daily, and, you would be right.